I had a nicely relaxing weekend at Potter’s Ponds. I procrastinated on getting the camp trailer loaded up until Thursday evening, but even after working half a day on Friday I was ready to leave home in the early afternoon. My sister and her family followed us up into the mountains of the Wasatch Plateau and we set up our camps together in site #5 at the Potter’s Ponds campground. A couple of guys, either from the DWR or USFS, stopped by that evening to warn us about a bear that was frequenting the area. After giving us a few tips on how not to attract it, the one guy who did all the talking mentioned that there was a bear trap in campsite #9. Well, that just sounded like an invitation to me! After they left, Mark and I walked over to look at the bear trap. Apparently bears are attracted by maple syrup, peanut butter, apples, and rotten tomatoes. We enjoyed a beautiful sunset that evening after a mild rain storm cleared out. 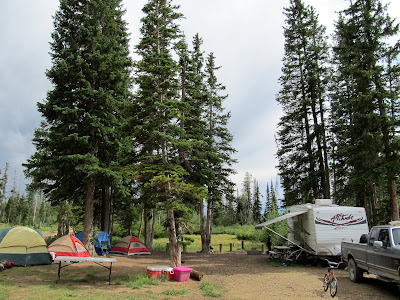 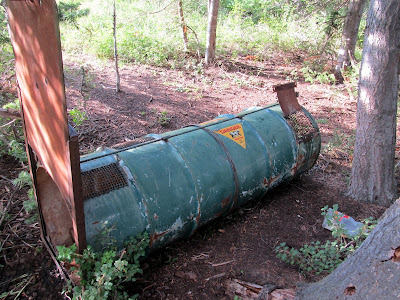 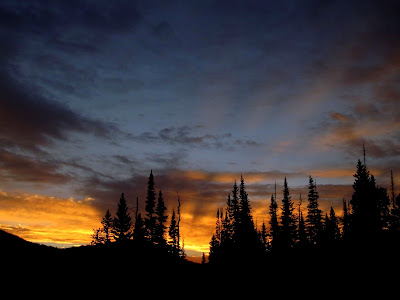 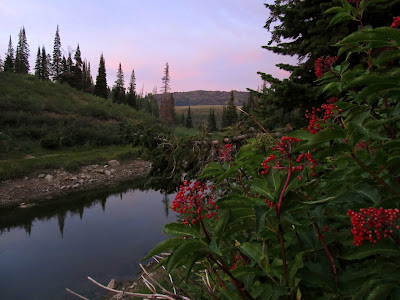 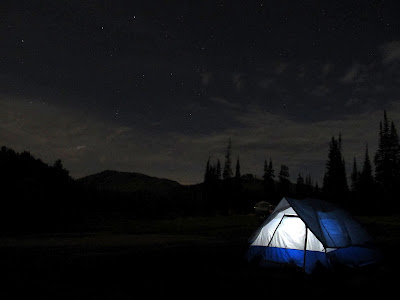 On Saturday we took all the kids over to the ponds to play in the water. The three youngest took turns in the raft while the older kids wandered off in the woods. Surprisingly, Torrey willing got into the water and went for a swim a few times. I’d found a dead fish floating near the shore and I let her sniff it before throwing it out into the deeper water. That’s all it took to get the dog to swim! After that she would swim out into the deep after a stick or even a piece of trash in the hopes that it was that damn dead fish. In the evening we had a potluck dinner and a few more people showed up for it. We had 27 people in all, and all were geocachers there for the event that I’d posted on geocaching.com. I made a big pot of homemade spaghetti, my sister made garlic bread to go with it, and Dean (who owns Castle Cafe in Huntington) brought a large tray of wonderful smoked ribs. After nearly everyone who came for the event left, it was just mine and my sister’s families and Dean there for the rest of the evening. We sat around the camp fire into the night bullshitting. 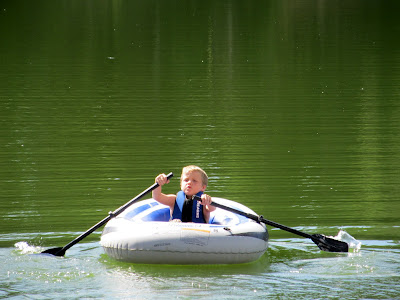 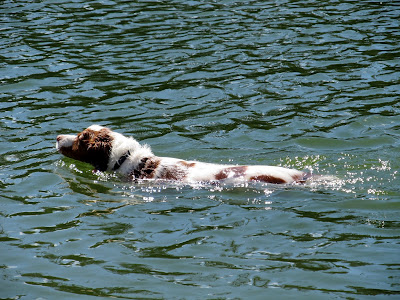 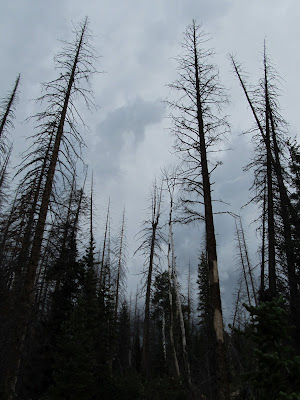 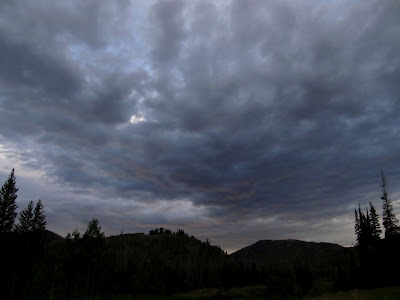 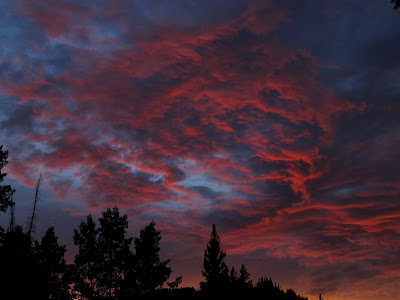 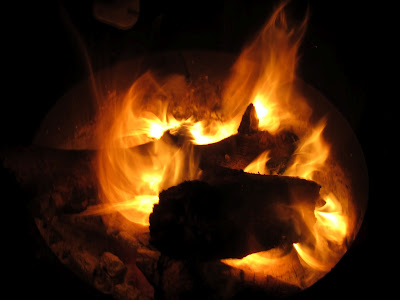 We pulled out of camp a little early on Sunday and instead of taking Huntington Canyon to get home, we detoured south toward Joe’s Valley for some swimming in the reservoir. Torrey tried out her new life jacket, but she didn’t seem to like swimming there as much when she didn’t think there was a stinky fish waiting out there for her. Some of the boys built a raft from driftwood and rowed it around just off the shore. I spent most of my time looking for a cliff or boulder to jump off of into the water. The water level had dropped about 10 feet since I was there a month earlier and the large tree stump I’d jumped off before was high and dry. We played in the water for a couple of hours and then ate some snacks for lunch before driving home. 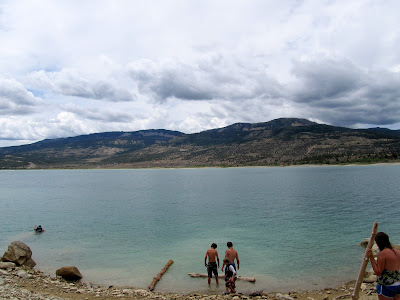 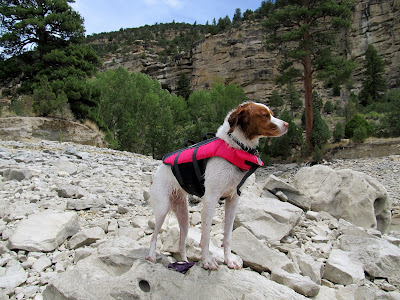 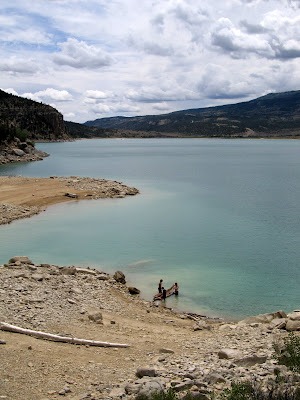 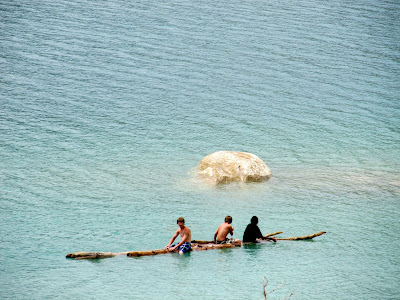